Buyer Beware! There's a Caveat There!

Caveats are an important tool to protect interests in land. But what exactly is a caveat? If someone owes you money does this entitle you to lodge a caveat?

A caveat is a legal document which, when registered on title, prevents the registration of any dealing affecting the interest claimed in the caveat by the Caveator until the caveat is withdrawn, removed, lapsed or cancelled.

In Queensland, a caveat can be lodged on the title by one of the following:

A person who has the benefit of a subsisting order of an Australian Court in restraining a registered proprietor from dealing with a lot.

The Effect of a Caveat on Your Property

The caveat is registered at the title’s office (Department of Natural Resources and Mines). You can learn more about the process of lodging a caveat and the risks involved here.

Who Cannot Lodge a Caveat

You cannot lodge a caveat where you feel you have been wronged or if you have loaned money and have not been repaid. In fact, there are penalties for lodging a caveat without reasonable cause.

Once lodged, the caveat will prevent the property from being sold or any other dealing being registered, such as a mortgage, unless the caveat is withdrawn, removed, lapses, or is cancelled.

Exceptions to Lodging a Caveat

Exceptions to the effect of lodging a caveat under section 124(2) of the aforementioned act, the lodgement of a caveat does not prevent registration of the following:

The caveator claims an interest in the lot as security for the payment of money or money’s worth.

After a Caveat is Lodged

After a caveat is lodged, Titles Queensland checks to ensure it meets legislative and administrate requirements. If the caveat meets the requirements, it will be registered. However, registration of the caveat does not prove that the interest claimed in the caveat exists – this is for the courts to determine.

The length of time for which a caveat affects a title depends on the nature of the caveat and the steps taken by the parties. In most cases, the duration of a caveat ranges from fourteen days to three months. Action taken by the person who lodged the caveat may change the time frame so that the caveat remains effective until a court makes a determination as to the property dispute. It is important that parties seek legal advice relevant to their own circumstances.

Removal of a Caveat

Removal of a caveat occurs in the following ways:

A caveat may be removed by the caveator if they lodge a withdrawal of the caveat request with the land titles registry. This will also be achieved by negotiating a settlement with the caveator. This is often the most cost-effective and quickest method to resolve a caveat dispute aside from letting the caveat lapse.

In Queensland, a caveat is either lapsing or non-lapsing. Non-lapsing caveats are those that are lodged:

All other caveats that do not fall under the above categories are lapsing caveats. This means they will be removed from the land title once they have lapsed. A caveat created by will automatically lapses after three months from its creation; this is unless the caveator starts court proceedings to ensure the caveat remains on the title.

3. An order by the Supreme Court of Queensland that the caveat can be removed (section 127);

The application can be made regardless of whether or not the caveator had been formally served with the application. The out has the discretion to determine these orders.

This method should be used if:

4. Cancellation or rejection of the caveat by the Registrar (section 128).

It is important to understand the risks associated with lodging a caveat before doing so.

If it is found that a caveat has been lodged improperly, the caveator may be liable to compensate anyone who suffers loss or damage as a result.

An example of this is if the sale of the property has been held up or fallen through because of the caveat being lodged. If it is found by the court that the caveator did not have sufficient grounds to lodge the caveat the caveator may be liable for the losses associated with the loss of sale. 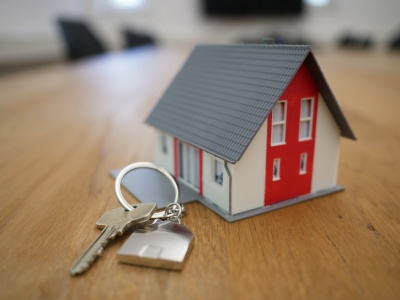 We have extensive experience in advising clients on what constitutes a caveatable interest and what is required to register or remove caveats from the land register.

If you have any queries about caveats or any other aspect of property law, we can be contacted on 07 5443 9988 or [email protected].

Argon Law is a Sunshine Coast law firm based in Maroochydore.  We are commercial lawyers and wills and estate lawyers and are eager to assist you in any way we can.

Related videos as per area of practice:

5 Things You Need to Know about the Costs of Buying a Property
Appointing an Agent for Sale
Buying off the Plan - Legal Considerations
Body Corporate Record Search: Purchasing Property under a Body Corporate
Airbnb and the emerging issues for units
Encroachment of Land and How This Can be Resolved
Death during contract
Changes to GST Withholding for Residential Properties
Due Diligence Clauses: Buying a property or business
Disclosing Encumbrances Affecting Property
Cooling Off Period: Entering a Contract When Purchasing Property
Insuring Before Property Settlement
Stamp Duty/Transfer Duty-Purchasing Real Estate
Resumption of Land: Rights to your land and compensation
What exactly is a Caveat?
Understanding Transfer Duty Concessions in Queensland
Understanding Retirement Village Contracts
Trees Blocking Your View: New laws provide solution
Swimming Pool Laws: Obtaining a safety certificate

5 Things You Need to Know about the Costs of Buying a Property
Buying Property in a Self Managed Super Fund
Building Inspection Reports
Appointing an Agent for Sale
Buying off the Plan - Legal Considerations
Body Corporate Record Search: Purchasing Property under a Body Corporate
Body Corporate Common Property: Why you can't be complacent
Asbestos management:Your responsibilities as an owner.
Airbnb and the emerging issues for units
Encroachment of Land and How This Can be Resolved
Death during contract
Considering buying a franchise? Watch this.
Changes to GST Withholding for Residential Properties
Due Diligence Clauses: Buying a property or business
Discretionary Trusts
Disclosing Encumbrances Affecting Property
Cooling Off Period: Entering a Contract When Purchasing Property
Commercial Leases and the Personal Property Securities Act (PPSA)
Commercial Lease Documents
Co Ownership of Property: How to avoid complications
Caretaking and Letting Agreements
Insuring Before Property Settlement
General Powers of Attorney
Sale of a Business and the Personal Property Securities Register (PPSR)
Resumption of Land: Rights to your land and compensation
Preventing Legal Problems with Family Loans
Personal Property - All property other than real estate
Exclusive Use By-laws: Community title schemes
What exactly is a Caveat?
What are Management Rights?
Understanding Transfer Duty Concessions in Queensland
Understanding Retirement Village Contracts
Understanding costs associated with a Commercial Lease
Trees Blocking Your View: New laws provide solution
Transfer of Share in Home to Spouse
Tax Treatment: Repairs and Capital Works
Swimming Pool Laws: Obtaining a safety certificate
© Copyright 2022 Argon Law - Sunshine Coast Lawyers